After installing DIAP, Amanda Seafoods has been narrowing three days’ work down to two. They are manufacturing the same amount as before – even with the same staffing. According to the plant manager, it has been easy to integrate DIAP – and you do not have to have strong technical skills to use it.

– We used to run three days with the same thing. Now, we only use two days, while we still manage to manufacture the same quantity as before. With the same staffing – that makes good sense, says Henrik Plannthin, Plant Manager, Amanda Seafoods.

For the employees at Amanda Seafoods, running the production as smoothly and efficiently as possible has developed into a competition. With DIAP, they can follow the development on a big screen while tracking stop causes via iPads to make sure that the errors can be fixed quickly.

– Every week, we lay out a report on our staff meetings. When our employees have input, we bring it to our technical department and say: This is what we found out – maybe this is something we need to take a closer look at, says Henrik Plannthin.

When the factory started using DIAP, the management promised to serve cake every time, the production reached a higher level.

– It was a way for us to have fun with it, which has resulted in highly increased productivity. We almost need to have a dietitian in our staff, he says with a smile on his face.

Easy to use for everyone

For the employees at the more than 100-year-old fish factory, it has been easy to adapt to using DIAP every day.

– Many of our employees have not always been used to working with IT tools. I have not heard a single one say that it is difficult. They think it is easy to apply. Really, it is just about replacing the pen and the piece of paper that I know, many are using, with a digital solution. It works far better and they spend less time on collecting data, Henrik Plannthin explains.

At Amanda Seafoods, they have digitalized their production with DIAP. After only six months, it has made a difference and shown tangible results.  Watch the case video in Danish.

We used to run three days with the same thing. Now, we only use two days, while we still manage to manufacture the same quantity as before. With the same staffing – that makes good sense. ”

Amanda Seafoods was founded in 1916 and was one of the very first producers of canned seafood in Denmark. The company has in 100 years combined the best of the Danish fishing industry with a persistent focus on quality, innovation and sustainability. 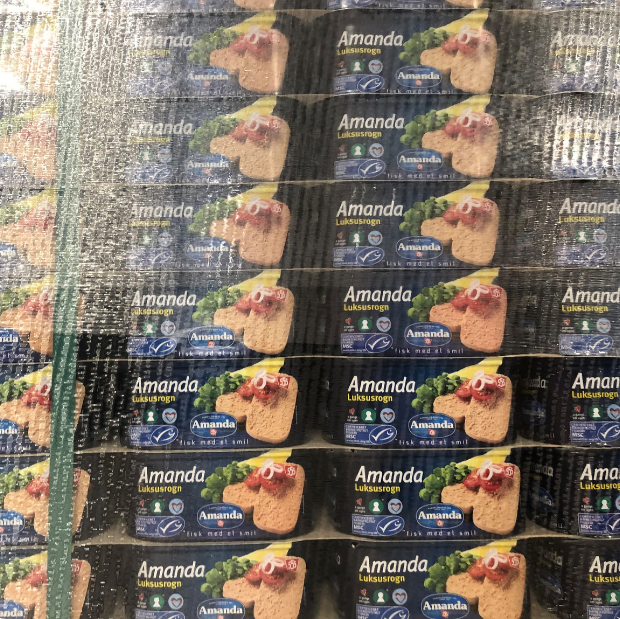 Read our other DIAP cases

Get inspired by other companies’ experiences with DIAP.